Ready to contact us for a consultation about your condition and our medical services? The staff of our Global Patient Services is ready to help. Please select the appropriate button to get started.
x New Patient Current or Returning Refer a patient

The average risk for a woman to develop breast cancer is presently 1 in 8, over an 80-year life span. Although this makes breast cancer the most common cancer in women, the rate of death from female breast cancer has been declining steadily since 1989 – largely due to early screening and more precise diagnostics. In fact, early detection can lead to a total cure. At the Meirav Breast Center at Sheba Medical Center, we use the latest state-of-the-art technologies for breast cancer diagnosis in Israel.

Procedures that check for breast cancer are categorized as follows: screening tests to find breast cancer as early as possible; diagnostic tests to confirm a suspicion of breast cancer or to gather more information about an existing tumor; monitoring tests to assess how the treatment is working or to inspect for signs of recurrence. Regardless of which type of testing you require for breast cancer diagnosis in Israel, Sheba offers an experienced team of experts and the most advanced techniques to ensure comprehensive, detailed results.

Even if you schedule regular screening tests for breast cancer diagnosis, it is essential to be aware of any changes in how your breasts normally look and feel, as well as to be familiar with the signs and symptoms of breast cancer, including:

If you experience any of these symptoms, report them to a physician immediately so the cause of the problem can be diagnosed. Finding breast cancer early is the best way to promote successful treatment.

At Sheba, the Breast Imaging Unit uses a range of imaging procedures to diagnose benign and malignant breast disorders:

Professional medical organizations worldwide recommend starting regular mammograms at the age of 40. This procedure uses minimal radiation to generate a high-definition X-ray of the breasts. During routine mammography, four images are taken – two for each breast. In order to take the pictures, each breast is pressed between two hard surfaces. Some discomfort is felt, but only for a few seconds.

Mammography with contrast (iodine) may also be performed. It is similar to a standard mammogram, except that iodine is injected into the woman’s vein before the test.

A radiologist who specializes in breast imaging analyzes the X-rays. While mammograms are an important diagnostic tool, they do have some limitations. In the following cases, it is strongly recommended to also have an ultrasound:

This is a state-of-the-art version of mammography, and it features several advantages. Digital mammography offers more accurate breast cancer diagnosis in Israel for young women and women with dense breast tissue. Also, the electronic imaging results are stored in Sheba’s digital archive, so they cannot be lost.

Ultrasound sends high-frequency sound waves through the breasts and converts them into pictures. It must be performed by a medical professional who specializes in breast imaging, and there is no radiation involved. Ultrasound can determine if an abnormality is solid (such as breast cancer) or filled with fluid (such as a benign cyst).

Ultrasound is not used alone as a screening test. Rather, it is done to complement other types of screening. It is an optimal choice of imaging to help with breast cancer diagnosis in young women of childbearing age, pregnant women, and nursing mothers. It is also advised for women with dense breast tissue.

3D breast ultrasound is the latest supplemental screening technique used for women with dense breast tissue. This innovative technology serves as an alternative to traditional hand-held ultrasound devices. The scans provide a 3D volumetric image of the entire breast, which enables radiologists to inspect the breast from various angles, leading to a clearer interpretation. The entire procedure is shorter than a standard ultrasound and takes as little as seven minutes to complete. At Sheba, our clinic is equipped with the highly advanced Automated Breast Volume Scanner (ABVS) by Siemens Healthcare.

MRI uses magnets and radio waves to create detailed cross-sectional pictures of the inside of your body. It does not use X-rays, so there is no exposure to radiation. MRI, the most sensitive imaging procedure, is particularly useful for screening women at a high risk for breast cancer, either because of genetics (BRCA carriers) or a strong family history. It is often used for preoperative evaluations in a patient with known cancer, to assess response to chemotherapy, or to gather additional information about an area found to be suspicious on a mammogram.

At Sheba, we are pleased to offer 3D Metabolic Imaging and Risk Assessment (3D MIRA), a new test for breast cancer diagnosis in Israel. It uses innovative optical imaging to identify metabolic activity in the breast. The procedure is entirely non-invasive and works by analyzing infrared breast images to determine an objective level of risk for breast cancer.

The patient is placed in a specialized room and a scan is performed. Then, the patient wears cold gloves for one minute before another scan is performed. In response to the cold, blood vessels in normal breast tissue contract, in contrast to abnormal blood vessels in a tumor – which remain the same. 3D MIRA is highly useful for women for whom mammography is not accurate, such as for women with dense breasts.

When women undergo mammography, ultrasound, or MRI and the test results are inconclusive, an imaging-guided biopsy may be recommended for a definitive breast cancer diagnosis in Israel.
Breast biopsy: This procedure yields the most accurate diagnosis; it is performed under local anesthesia.
Intact® breast lesion excision system: This is an alternative biopsy technique that can also be used to help the patient avoid conventional surgical excision of lumps from the breast.
Preoperative markers: In order to mark a lump for accurate removal, a needle attached to a flexible metal coil is inserted and the metal coil is placed where the lesion is located.
Galactography/ductography: Mammography and a contrast material are used to generate pictures of the inside of the milk ducts. This testing is generally done to find the cause of non-milk discharge from the breast nipple when the mammogram is normal.

Breast cancer is staged by the size of the tumor and how extensively the cancer has spread:

There are abnormal cells, but they are found only in the breast tissue; this stage is also called pre-cancer or carcinoma in situ

The tumor is small and has not spread to any lymph nodes, or only to a few

The tumor is small but has grown, or the cancer has spread to nearby lymph nodes

The cancer is metastatic, having spread to other organs and distant lymph nodes

Miri Sklair-Levy, MD
Head of the Breast Imaging Center, Meirav Breast Center
Dr. Sklair-Levy specializes in Diagnostic Radiology and Breast Imaging, and her primary interests are in imaging-guided chest biopsies, mammography, US, and MRI. She is highly experienced in the removal of lumps using an RF Intact needle and in imaging implants. Dr. Sklair-Levy has published dozens of articles in medical literature. 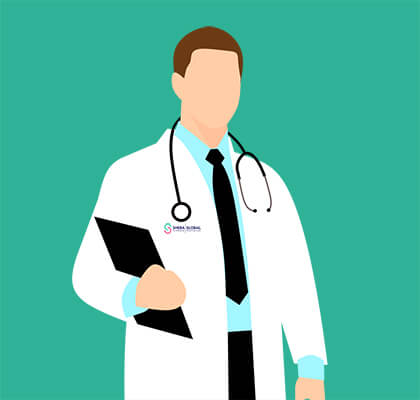 Dr. Meital Levartovsky is a senior oncologist in GU Unit at

Dr. Moran Gadot is a senior oncologist in GU unit at the Can

Sheba Medical Center provides innovative, personalized medical care to patients from around the world. We are the largest, most comprehensive hospital in the Middle East and dedicated to providing advanced and compassionate medicine for everyone.

We welcome all cases, including the rarest and the most challenging. Our medical teams collaborate to provide the best possible health outcomes. From your initial inquiry through the long-term follow-up care, we are here for you.

Request a consultation and a Sheba Case Manager will contact you shortly:

New Patient Current & Returning Patients Refer a Patient
We use cookies on our website to give you the most relevant experience by remembering your preferences and repeat visits. By clicking “Accept”, you consent to the use of ALL the cookies. However you may visit Cookie Settings to provide a controlled consent.
Cookie settingsACCEPT
Manage consent

This website uses cookies to improve your experience while you navigate through the website. Out of these cookies, the cookies that are categorized as necessary are stored on your browser as they are essential for the working of basic functionalities of the website. We also use third-party cookies that help us analyze and understand how you use this website. These cookies will be stored in your browser only with your consent. You also have the option to opt-out of these cookies. But opting out of some of these cookies may have an effect on your browsing experience.
Necessary Always Enabled
Necessary cookies are absolutely essential for the website to function properly. These cookies ensure basic functionalities and security features of the website, anonymously.
Functional
Functional cookies help to perform certain functionalities like sharing the content of the website on social media platforms, collect feedbacks, and other third-party features.
Performance
Performance cookies are used to understand and analyze the key performance indexes of the website which helps in delivering a better user experience for the visitors.
Analytics
Analytical cookies are used to understand how visitors interact with the website. These cookies help provide information on metrics the number of visitors, bounce rate, traffic source, etc.
Advertisement
Advertisement cookies are used to provide visitors with relevant ads and marketing campaigns. These cookies track visitors across websites and collect information to provide customized ads.
Others
Other uncategorized cookies are those that are being analyzed and have not been classified into a category as yet.
Save & Accept